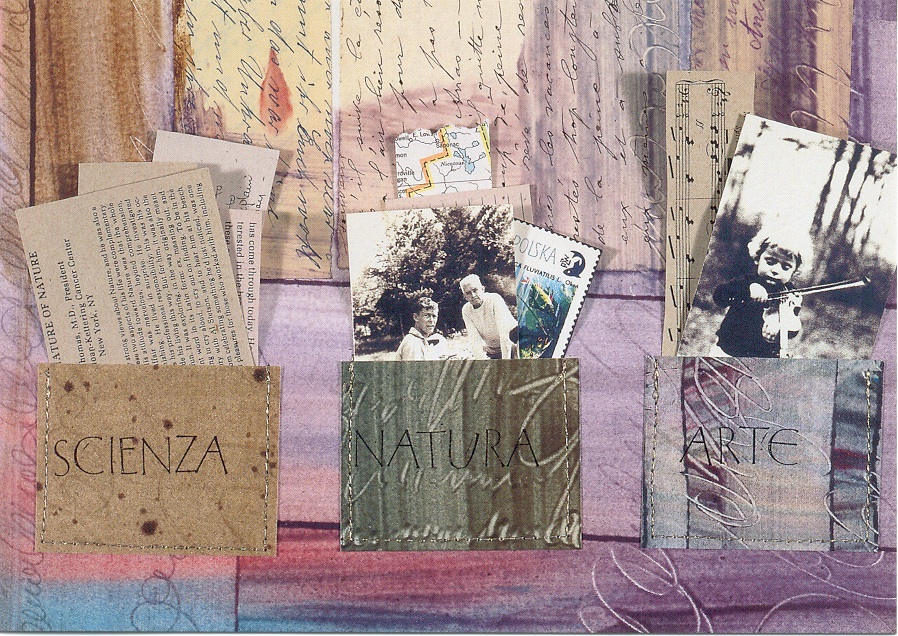 In 1990 I invited seven of the top calligraphic artists in NM at the time, to meet and dialog about how we might learn from each other, and work together creatively.  After the initial meeting, we decided to go into retreat together twice a year, to see what would come of it.  For the first three years we created books together collaboratively, in a variety of ways.  We would always make eight of everything, so that each person could have an original.  Then we branched out to three dimensions, creating a book of objects designed to fit into a box, including sandblasted stone and facsimiles of bones inscribed with ancient scripts.  We made books of matchboxes, a lovely portfolio of works made in simultaneous collaboration to Rhapsody in Blue, a "math column" that was 8' tall and covered with various inspiring quotes about mathematics that still moves among the schools in Albuquerque.  We made paper and paste paper, worked in clay, learned printmaking and collage, created a play together, explored the limits of Mail Art, put on an extensive collaborative exhibit with the theme of the Blues and another on a garden theme, and never said no to any proposal about what to do next.  Somewhere early on we realized there were support people we needed to study with, so we worked with one of Santa Fe's Poet Laureate, Joan Logghe, learning to write - we worked with the famous Santa Fe painter Carol Anthony on oil pastels - and we spent several years on an O'Keeffe project, touring her home and studio, drawing/painting in the spots where she painted, and creating portfolios in her honor.  We made an extensive tile mural on food for one of our members' kitchens, travelled to Oaxaca, Mexico to explore the native and contemporary arts of Mexico, and studied fine cooking with our favorite NM chef, spending three days creating a feast which ranged from picking the vegetables and wine tasting to creating (again, 8 of each) oil pastels for each of eight courses.  "The Scribes That Ate" was the way we ultimately found our name Scribes 8, as we needed an official name to publish a book we worked on for years - A Book.  This book on the letter A was a collaboration with eight of New Mexico's most wonderful writers, and it sold out immediately.  Riding the wave of A Book success, we were invited to give the keynote presentation about collaboration at Sonoma State University in 2000, to an international conference of over 1000 artists.  By this time one of our members had investigated collaboration in a scholarly way, so we were able to give a lively talk on the subject, supplemented by an exhibition of some of our best works.

In 2013 we lost our beloved mentor and collaborator, Santa Fe Living Treasure Mary Lou Cook, at the age of 94.  The couple of years following her death, Scribes 8 lost some of its spunk, and the group was at risk of disbanding.  But in 2016 we experienced a kind of rebirth, during a weekend together exploring encaustic techniques.  The seven of us recommitted to meeting once a year, so happily this longlived and remarkable collaborative group now moves on towards it's 30th anniversary! 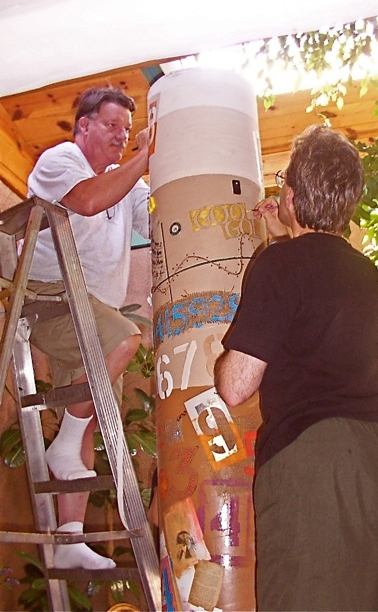 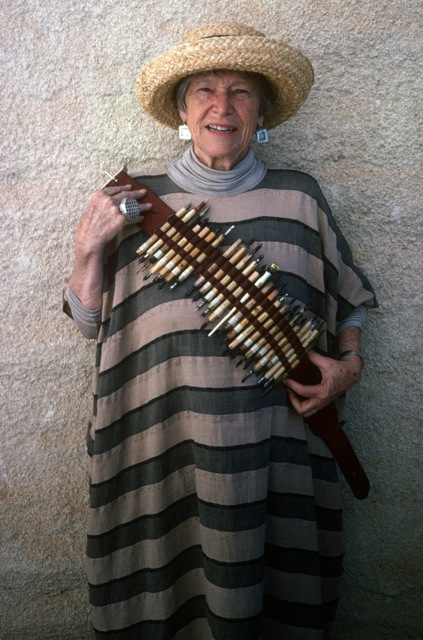 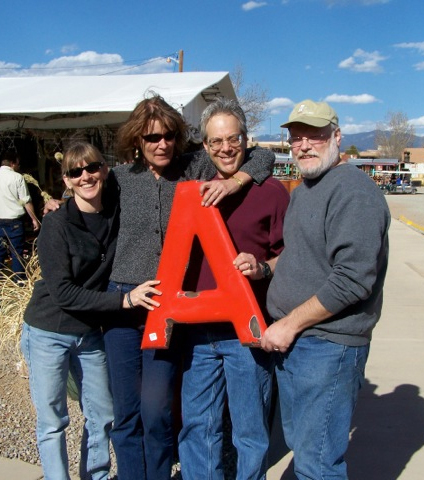