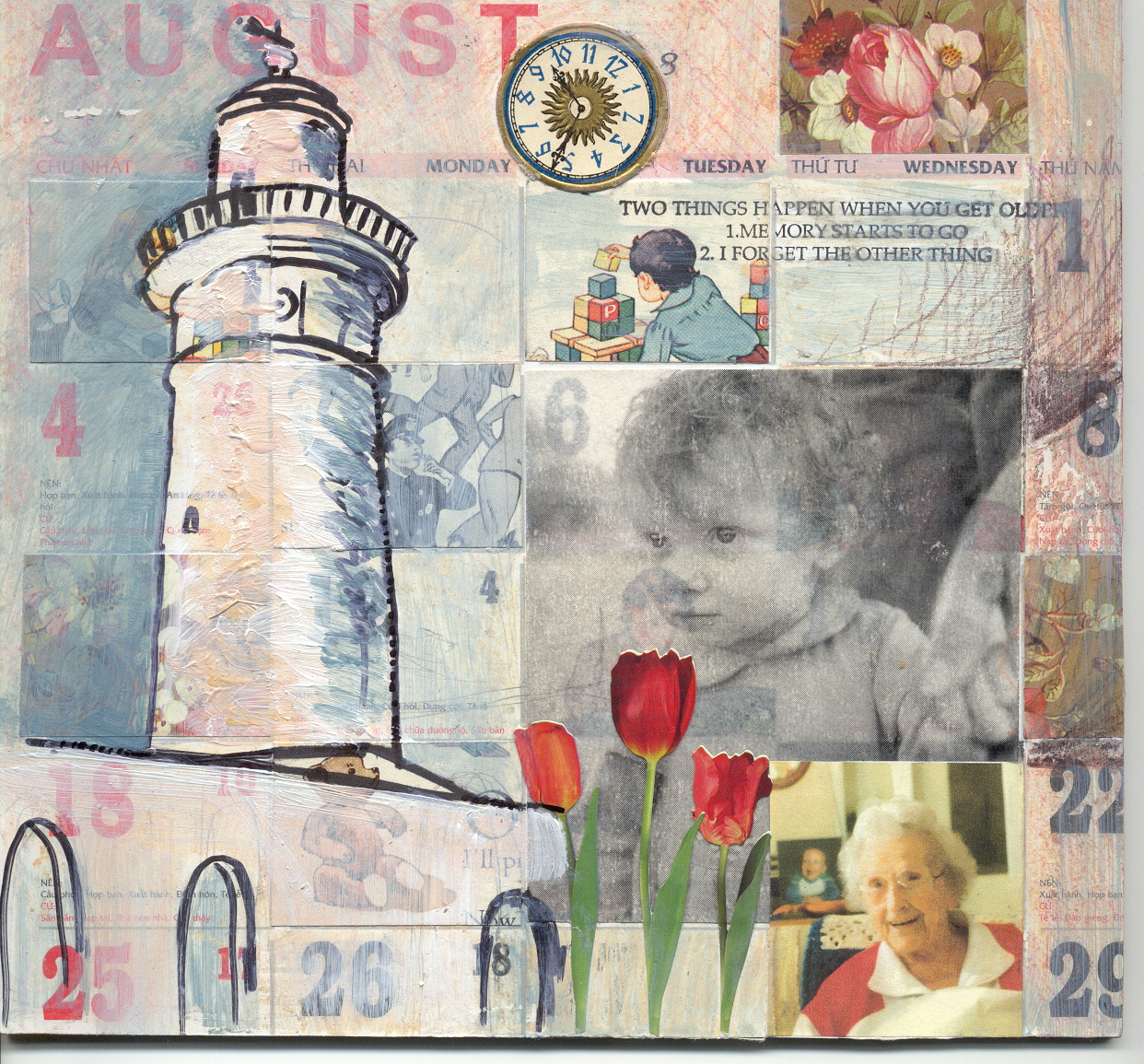 In the nineties, I collaborated with other artists on three extensive collaborative independent exhibitions.  The last of these, Memory and Other Objects, involved working with John Garrett, Noreen Richards and Margot Geist.  For months we worked consecutively on 108 individual mixed media pieces, which were presented along with our individual works in a large independent exhibition space.  This effort received excellent reviews and won us the coveted Albuquerque Arts Alliance's Bravo Award for Excellence in Visual Arts in 2003.  The image shown is one of the 108 collaborative works.