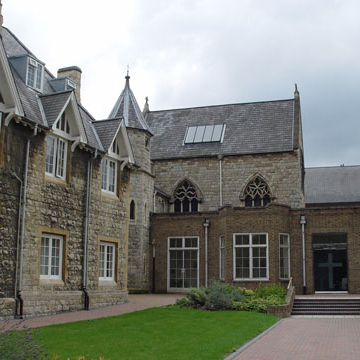 Graduate study in England exposed me early on to international exchange, as my fellow students at Roehampton Institute were from all over the world.  I completed a two-year program in one year with honors, and was given rare access to the entire British Library manuscript collection for study.  Several of the other students that year went on to fabulous careers in their own countries, including the celebrated Denis Brown of Ireland.

We studied with Donald Jackson, the Scribe to the Queen, who later became a friend and colleague during a Master Class in painting at Ghost Ranch in NM.  If you want to treat yourself to five minutes of a remarkable human being, take a look at this video of Donald just before he embarked on the extraordinary journey of creating an entire contemporary Bible.