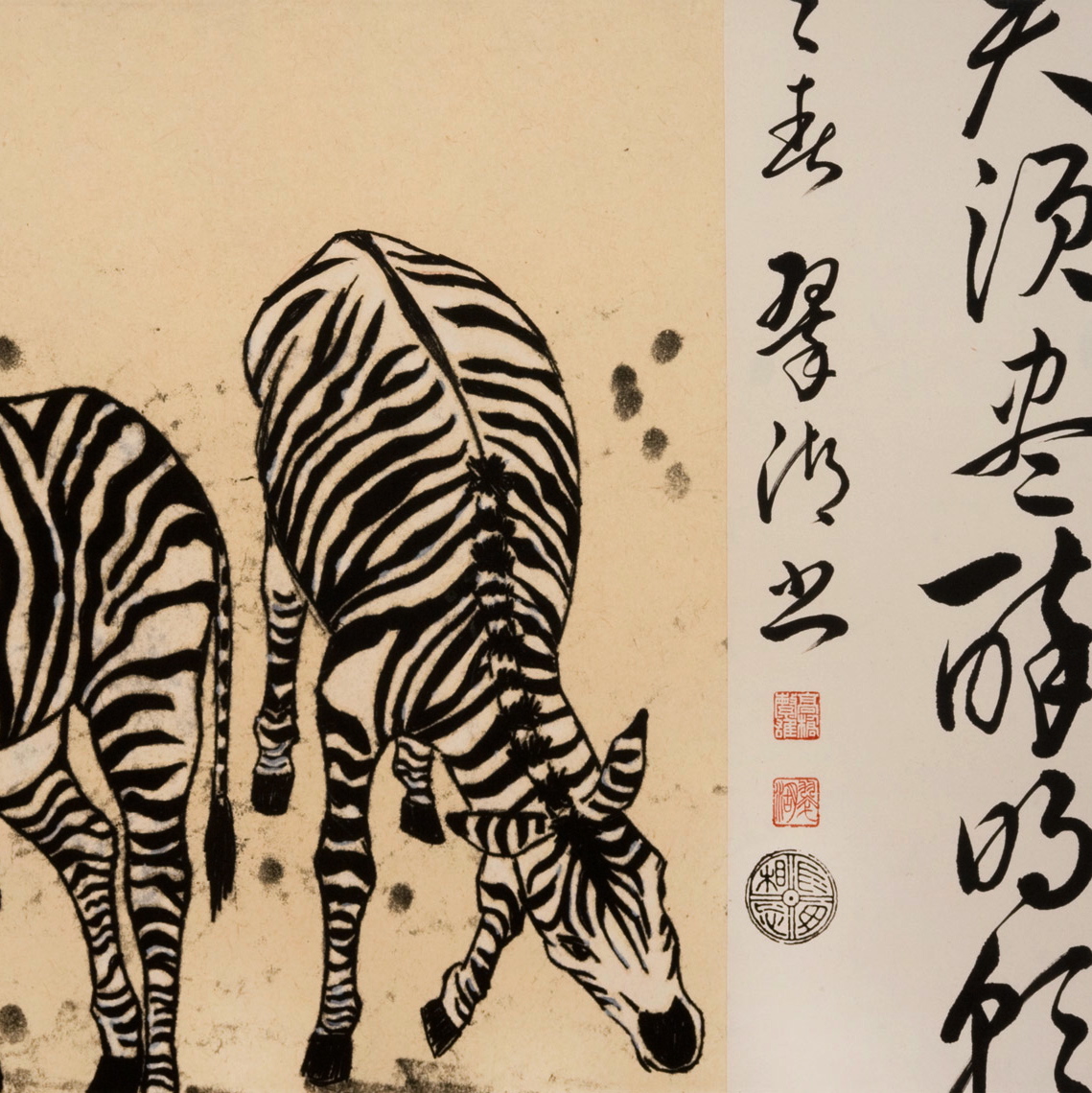 ANIMALS I HAVE NEVER KNOWN

In 2010 I had two solo shows called Animals I Have Never Known.

I had had a dream that I was reclining on an African landscape, my shoulder leaning up against the shoulder of a large zebra, which also leaned against me.  We lay there looking out on the beauty of our surroundings, in silence, in balance, in utter peace.

I've never been to Africa.  I've never touched a zebra.  Some animals are meaningful to us in ways that we can't even verbalize, that we may not even be conscious of.  When I was young I dreamt of being underground, and looking up at the sky through the stunning, faceted, transparent shell of a turtle.  Much later I learned about how the turtle represents the earth in many traditions.  I don't profess to know how animals work through our collective unconscious.  I just know that as an artist, I often feel that animals and birds are bringing important messages to me - in dreams, and often in waking life.  Like so many of us, I'm also so aware of how dependent animals are on human beings making good choices about the stewardship of this planet that we share.