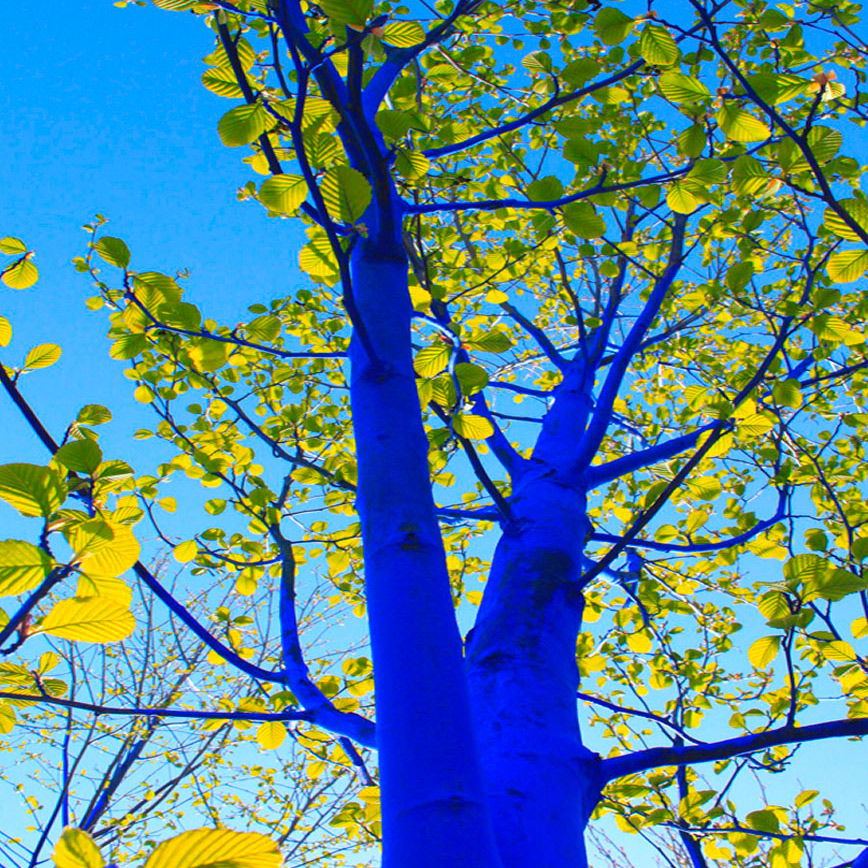 Albuquerque is #1 on the national list of cities that have lost the most urban tree cover.  (New Orleans is # 2, only because of Hurricane Katrina!)  Tree New Mexico (TNM) was initially formed out of concern for the environment by local high school students on the premise that tree planting is an important community focus, especially in areas where water is in short supply.  Trees are indispensable to urban areas for multiple reasons including counteracting the heat-island effect of concrete, oxygen production, shade, water retention, affecting rainfall, wildlife habitat and food.  Our own TNM is known to be one of the most successful urban and rural tree planting efforts in the nation. Since 1990, TNM partners and volunteers have helped plant over 1,250,000 trees in New Mexico and Arizona.

In 2013, Tree New Mexico brought “The Blue Tree” project by Australian artist Konstantin Dimopoulos to Albuquerque. The international project, intending to bring awareness to global deforestation, has been installed in Australia, New Zealand, Canada and the U.S. Albuquerque was the seventh U.S. city to host the project.  An area of trees was selected and then painted with a blue colorant, a biologically safe ultramarine mineral pigment in a water base.  “As purveyors of water, consumers of carbon, treasure houses of species, the world’s forests are ecological miracles,” Dimopoulos says. “They must not be allowed to vanish.”  This was a wonderful example of art interfacing with environmental issues, and the group is to be congratulated for its innovative support of Dimopoulos.

In February 2014, I began my work in support of Tree New Mexico, with an exhibition about native NM trees at the Land Office in Santa Fe, including four woodblock prints created specifically to raise funds for TNM.  Throughout the 25th anniversary year we will pursue a variety of promotions to offer the woodblocks as fundraisers for the group.  Let me know if you are interested in this 50% tax deductible donation! 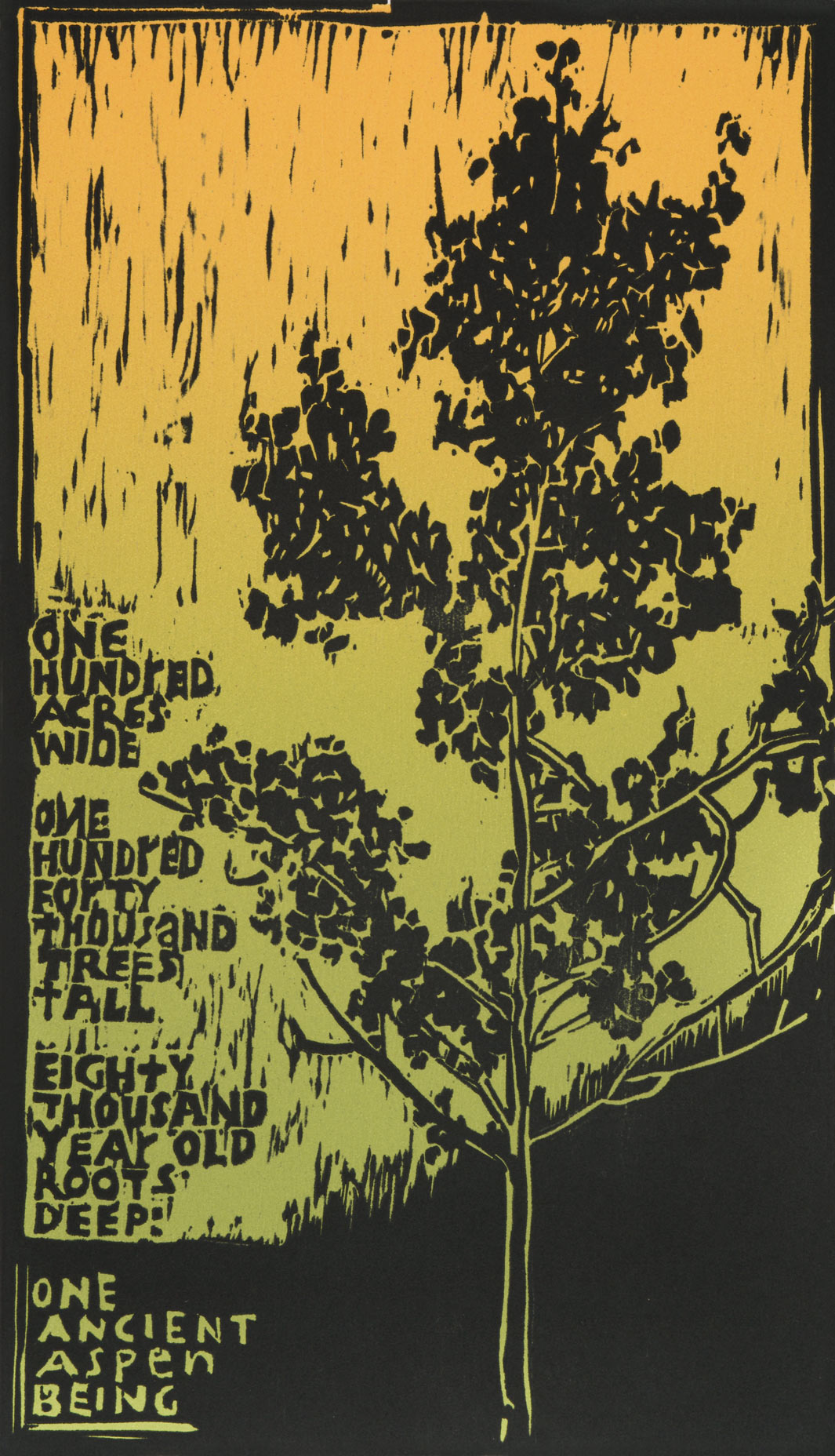 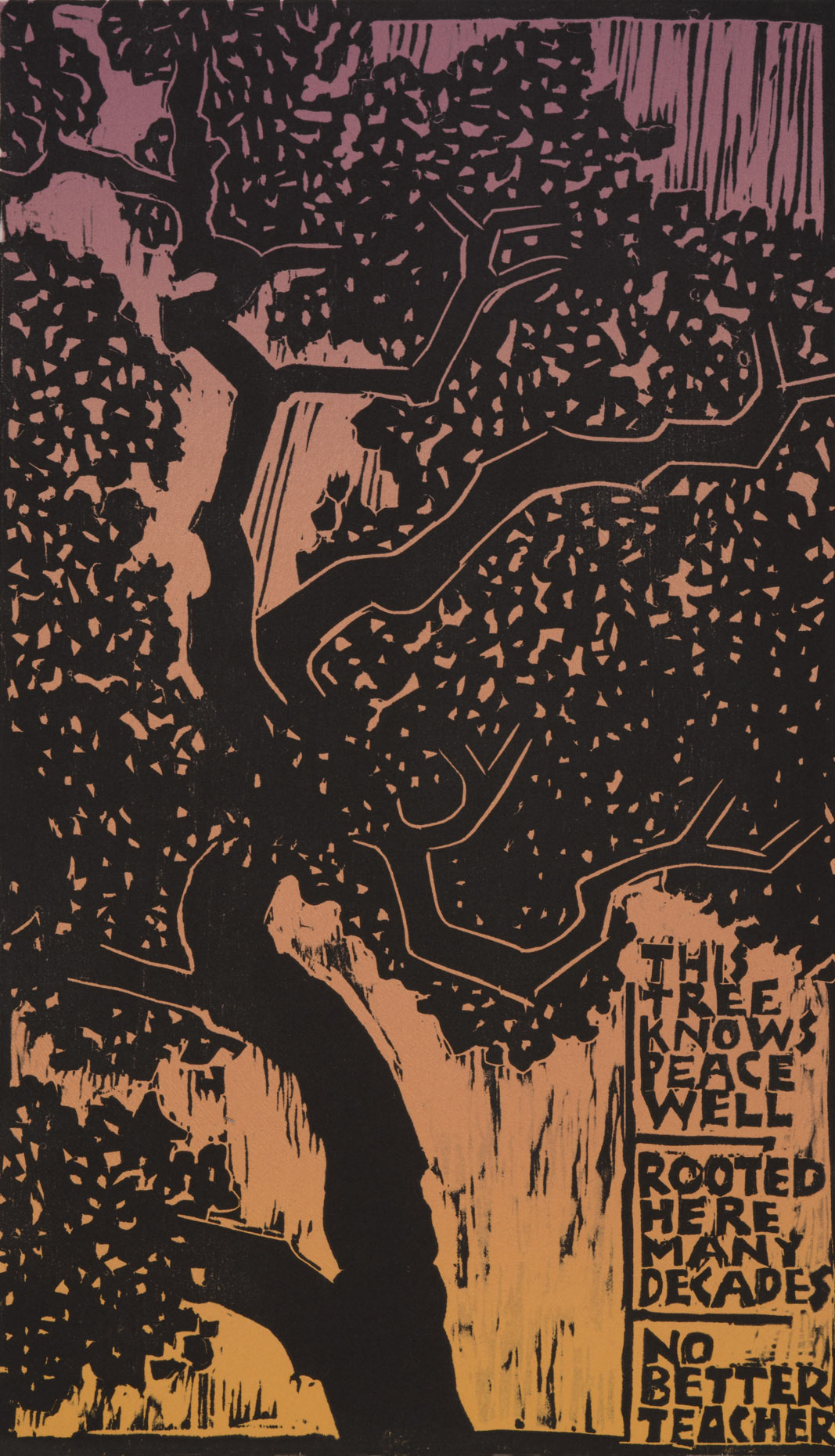 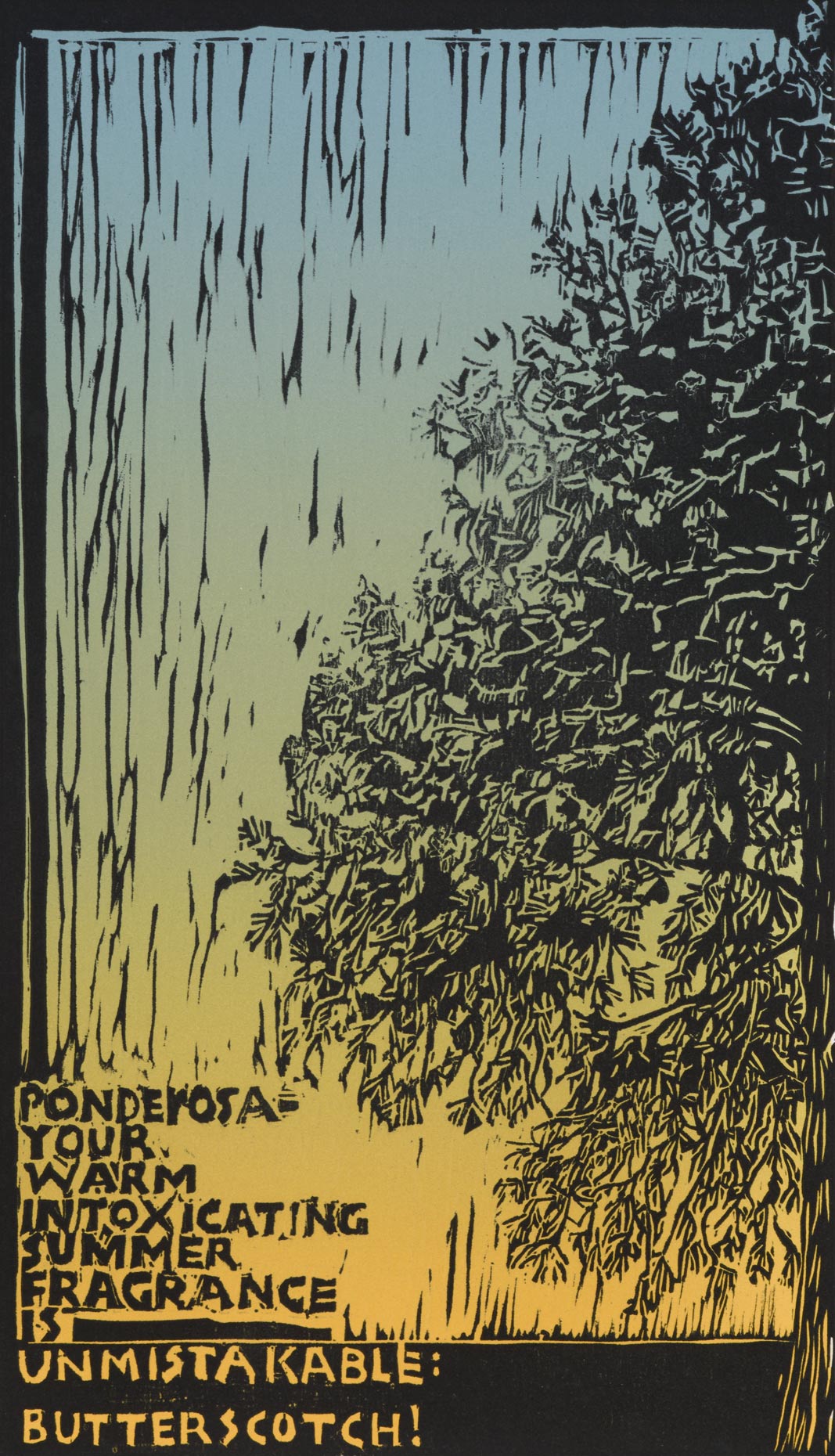 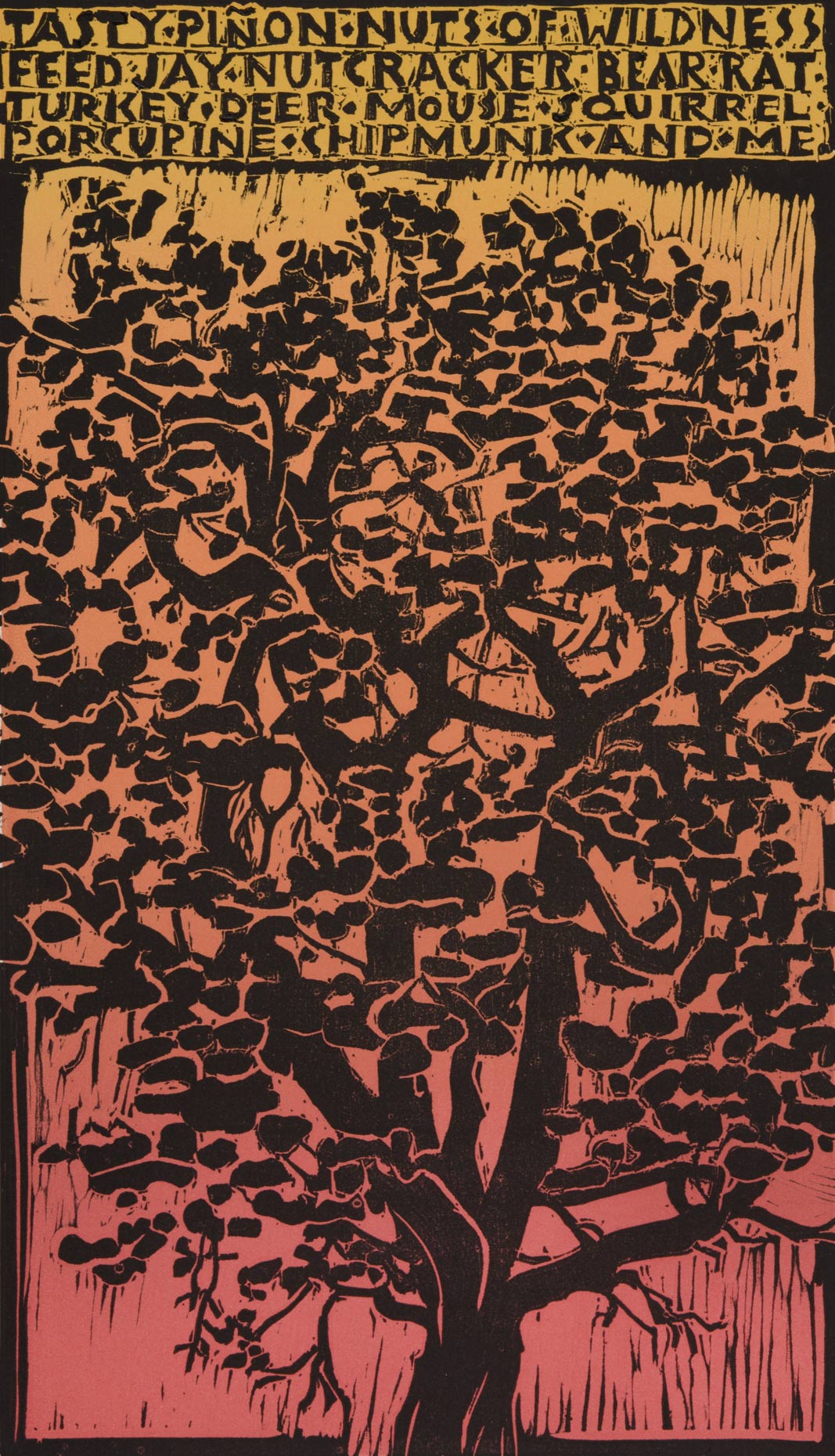