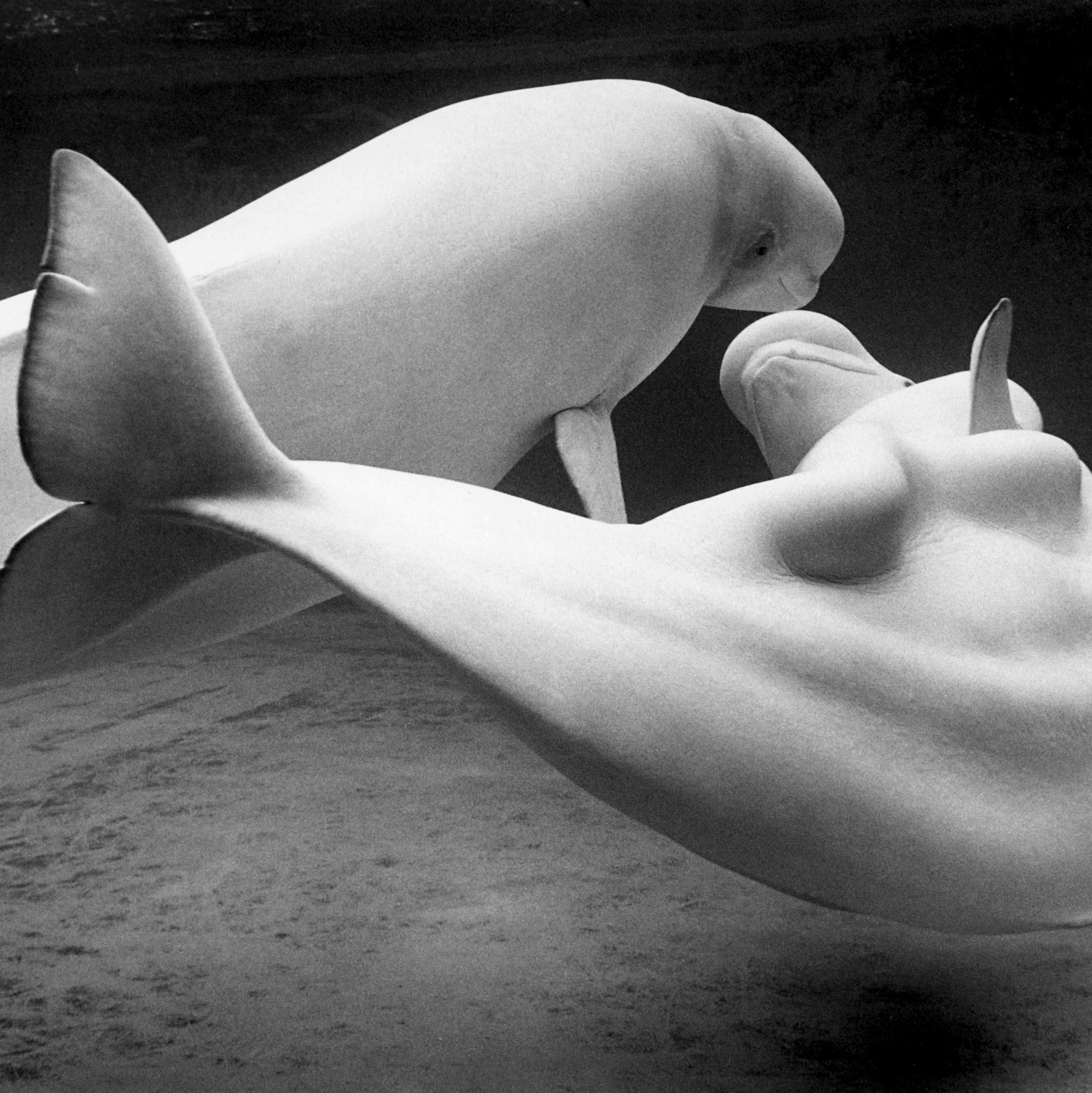 During the year that I was studying in London, I started working on an extensive collaboration with a French photographer and an American writer, funded by the French Ministry of Culture.  François Le Diascorn was an established art photographer in Paris, and he had created a dossier of excellent animal photographs.  His wife, Nancy Duncan, wrote short texts in French, interpreting the photos with a poetic, fanciful, and sometimes humorous flair.  I was to interpret and reflect the texts and the photos with calligraphic art (in French).  What resulted was a set of over 40 pairs of photo/text, called Les Animaux Magiques (Magical Animals), which was exhibited in Paris and other French cities for years.

The collaboration was so successful, and enjoyed by so many people, that we launched a second, sister project called Les Bêtes de la Mer, or The Beasts of the Sea.  This work of similar size explored creatures of the deep, and also traveled around France on exhibition in various cities.  Both bodies of work celebrated the importance, magic and mystery of all creatures, and evidently evoked much emotion and contemplation among the French public.